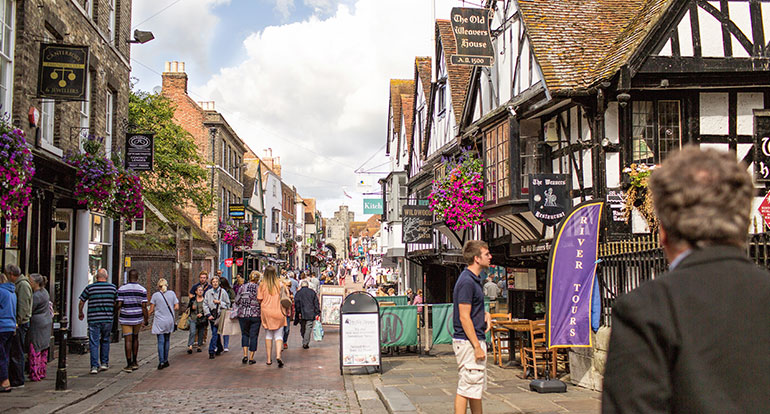 Town centres are facing a greater number of challenges than ever before, from out of town shopping, parking costs, occupancy costs and the continuing growth of online behaviour. The combination of these factors makes it ever more important to identify whether the changes in a towns performance are the result of local trends and/or initiatives, to whether they are due to wider regional or national rends to which all towns and cities are subject to.

Springboards strong coverage on town and city centres nationally, together with its coverage oft he UKs regional cities, means that it is able to provide a robust national and regional benchmark of footfall in towns and city centres. The BID receives weekly and monthly footfall analysis reports through Springboard. A reporting contract was agreed in March 2018 and data has been collected since then. Below you will find the latest weekly reports and a month on month analysis.

On a monthly basis since the start of the BID in 2014, we have produced a report on how the city centre is performing based on a range of indicators. The data is pulled from a number of sources both at local level and a national level. The objective of the reports is to track the impact of economic activity on the city centre, and to provide a baseline from which future performance can be benchmarked. The reports consider the following key indicators to determine the City’s economic health:

*Please note that due to the length of time for the data to be compiled and the report written, the reports are generally available 6 to 8 weeks after the end of the month.

Visitor and shopper feedback
On biennial basis Canterbury BID commission Latimer Appleby to conduct on street surveys across the city centre in order to quantify shopper behaviours and satisfaction ratings. Below are the reports from the last six years: