Christmas Lights – did you know?! 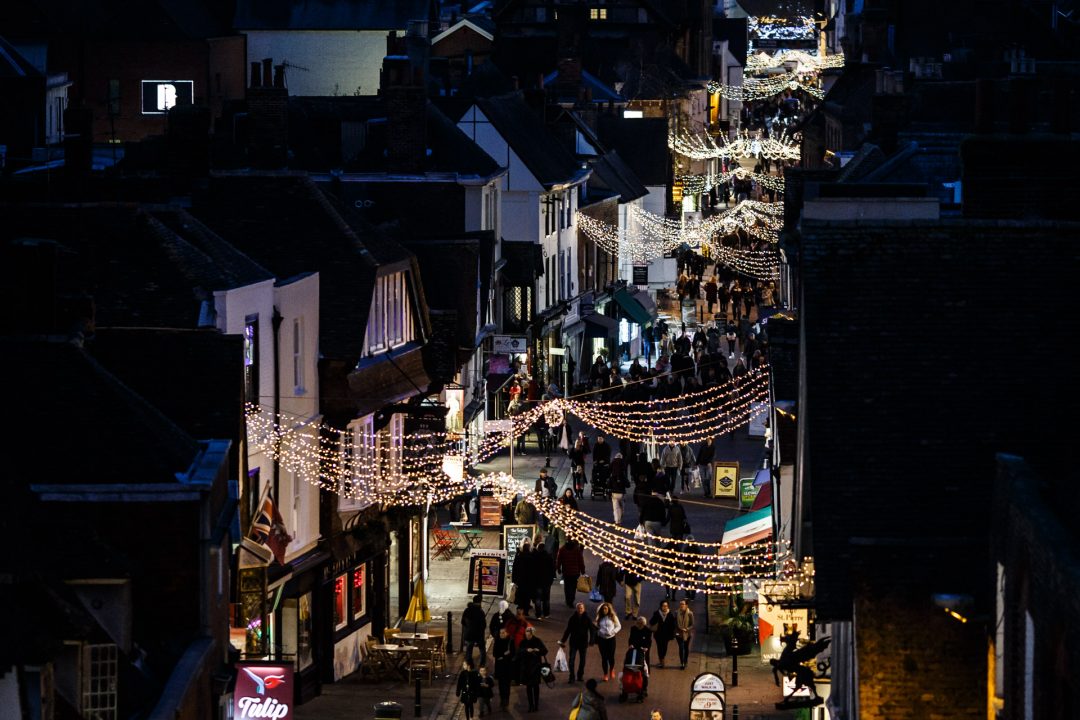 How did the BID select the Christmas Lights supplier?

The BID held an open tender process to select the best supplier, based on cost but also quality of delivery and the presentation of a scheme that was both affordable and also in keeping with the city’s architecture and style. Of the four companies who tendered, Gala Lights of Maidstone was the only Kent supplier and their tender was the most suitable for our city centre. Gala also supply lights to a wide range of towns and cities across England, including Brighton and York.

Why did we choose the scheme we see today?

After a lot of reflection and consultation, we decided that a combination of soft and bright white was the best solution for Canterbury. As an ancient city and the home of the global Anglican Communion, making sure that what was provided was sensitive to the context and highlighted the beautiful buildings rather than overwhelming them was important. We were able to change the scheme this year to add festive “starbursts” to the cross-street lights and more lamp-column lights.

The scheme has evolved since the first year and we have discovered the challenges of working in a medieval streetscape. Cross street displays require a solid brick to fix to, as the plates used have to be tested to a 1 ton weight; they also have to be 6 meters above the ground to avoid catching vehicles below. Buildings must be free from scaffolding. Additionally, a large number of our buildings have mathematical tiles on their fascia, which look exactly like brick (as they were a cheaper alternative to a fashionable brick frontage back in the 18th century) but are brittle and only about ¾” thick. For this reason, there are one or two ‘gaps’ in the High Street as we can’t in-fill them with a cross-street display.

In other areas, we again encountered a combination of these issues on  top of the variation in the heights of buildings which can make cross street lights impossible. Therefore, some streets, such as Burgate and St Margaret Street have icicle lights, and other areas, such as St Dunstans, have a double strand of lights along building fascia. For 2019 we have a fantastic new display on both sides of the Westgate Towers, new lamp column decorations, and a new starburst design which features on the cross street lights.

How much of the city is covered?

The scheme has evolved sine Year 1 and we now cover much more of the city than we did then. Indeed, this year we have added Butchery lane to the areas covered, and we hope to extend that in 2020.

In many other towns and cities, the lights cover the main street and then quickly ‘peter out’ in secondary streets, but not in Canterbury! Our scheme starts in St Georges Street and runs all the way down through The Parade, St Peters Street and along St Dunstans Street to the railway crossing, including both sides of the Westgate Towers. They also run all the way from Castle Street across the city, including St Margarets Street, Butchery Lane, Mercery lane, Burgate Lane, Buttermarket, Sun Street, Orange Street, Palace Street, The Borough and almost all the way down Northgate. Gala tell us that this is a greater coverage of any of the locations in which they install lights.

So, how much does this costs and what are we paying for?

Over the five years, we will spend around £340,000 on the lights, as well as the power we use, a surprisingly small cost of around £2k per annum as the lights are all LED so very efficient (we also leave them on for 24 hours a day as the costs of installing timers is prohibitive versus the costs of the power; also, at this time of year it is often quite gloomy and so we get great value from them all day when that is the case.). By deciding not to purchase an alpine tree this year, we have saved £1,800 (and a tree!).

Roughly half the cost is the hire of the lights over the five year term (we don’t buy them as the hire covers repairs, replacement and storage) and half is the installation and take-down. Installing in a city like Canterbury is a delicate process, carried out at night and it takes at least 6 nights, with a number of crew and ‘cherry pickers’ to get it done, including the testing of both the fixings and lights themselves as part of that.

What else is involved?

Installing Christmas lights is a complicated business; first we have to get permissions from every business in the city to which we attach any sort of fixture. We also have to obtain permission from KCC for using lamp columns and another permission for installing cross street displays, as well as our contractor getting permission for working at height, along with everyone’s insurance documents, health & safety schedules and method of work statements. We also secure permission to install lights in all the trees we use too and get an Unmetered Supply Certificate from EDF to power them all.

And finally, why don’t all the lights come on at the same time during the Switch-on Event?

The big red button doesn’t actually turn the Christmas lights on … The scale of our lights, and the complexity of the power switches available to use, means there are around 12 places where lights have to be switched on, all at height and most requiring a cherry picker to get to them.  We switch on lights at the entrance to the city (Kings Mile, Burgate, Castle Street and St Dunstan’s) in order to give a warm welcome to visitors as they arrive and also to encourage footfall after the switch on event. In order to make sure there is impact at the switch on, we leave the lights immediately round the stage in St Georges, Rose Lane and the High Street to be switched on when the plunger is plunged at approximately 5:45.

The BID team has worked really hard to make sure Canterbury city centre is among the best city light displays, certainly in Kent and possibly across the south east. We are really proud of them and we hope you are too! 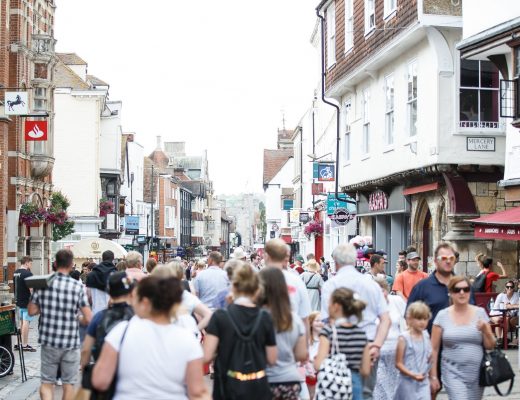 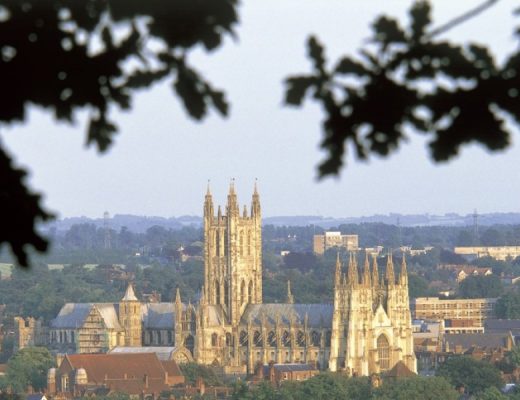 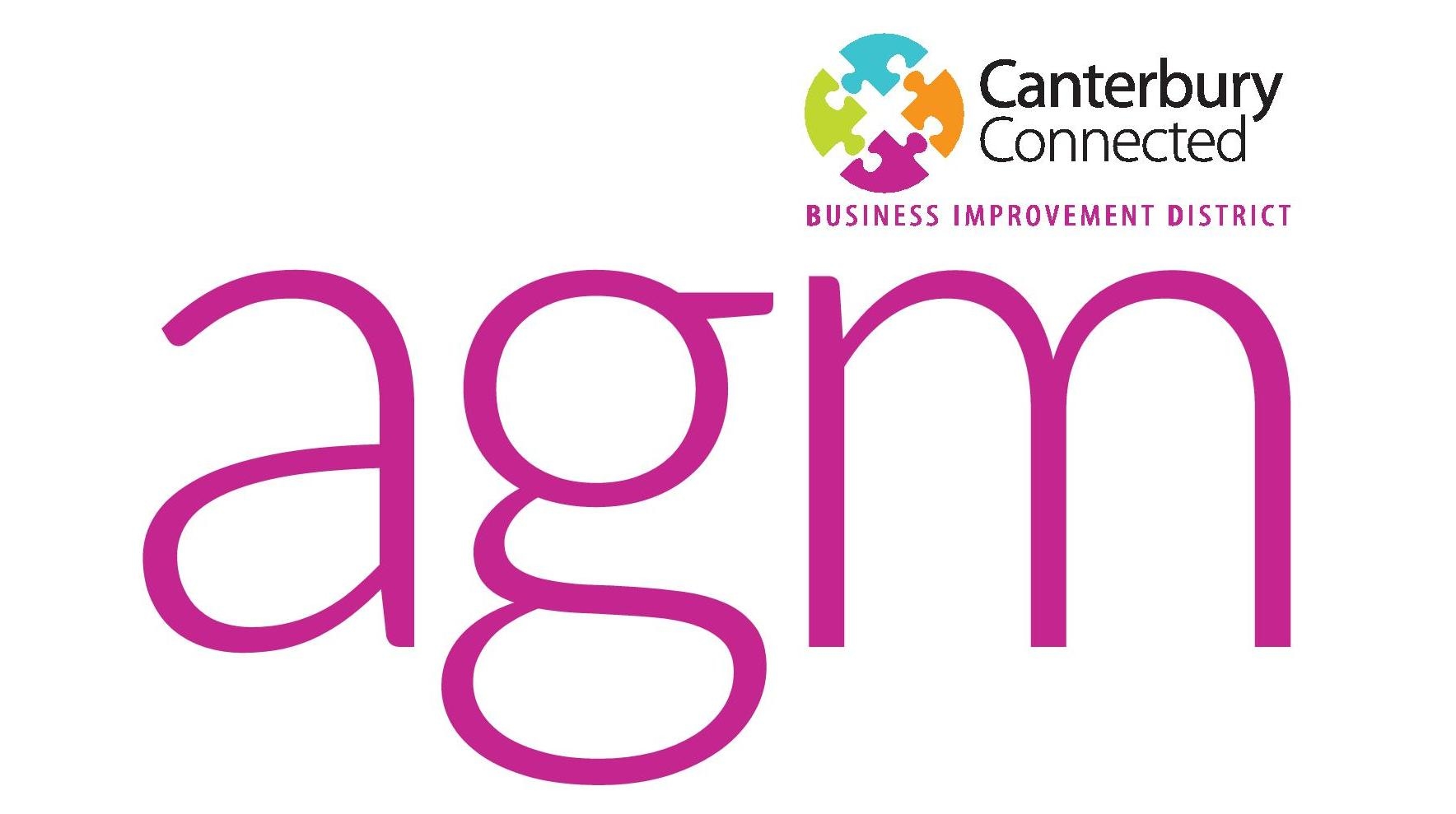