Canterbury’s entry into the South and South East in Bloom competition for 2015 has been awarded Gold in the small city category, the highest accolade in the competition.

Measured for Horticultural Achievement, Environment Responsibility and Community Participation, the city’s entry, led and co-ordinated by Canterbury Connected BID but comprising a wide range of partners and community groups in the city, achieved 175 marks out of a possible 200. In three areas, Biodiversity, Development & Sustainability and Community Participation the Canterbury entry scored maximum marks.

The Bloom Gold Award built upon the city’s previous entries to the South & South East in Bloom competition in 2012 and 2013 when the city was awarded Silver and Silver Gilt respectively, while in 2014 the city did not enter as the development of the campaign to achieve a Business Improvement District was the priority. Indeed, the judges commented in their summary “we felt real achievement had been made in all areas and we were particularly impressed at the difference the BID has made to the city”

Numerous partners were introduced to the judges on the day they visited in July and the judges noted “Oaten Hill Residents Society have done much to improve small important spaces in the city…. The Friends of Kingsmead Field have campaigned to save a really important and much needed natural open space….. The Canterbury Society have also been… making links between the diverse groups in order to join up resources… the Friends of the Riverside are doing much to keep these areas accessible….St Peters School was a delight….the work of Simon Langton Girls School and the Friends of the Westgate Parks is inspiring… the Abbotts Mill project was particularly noted for its innovation.”

However, the judges highlighted “both Canterbury Christ Church University and Whitefriars require special mention for their contribution to the city’s ‘in Bloom’ result.”

In particular, Christ Church scored very well for biodiversity on their North Holmes Road campus, while Whitefriars work with the Fifth Trust based at the Elham Valley Vineyard Garden Centre and who support adults with learning difficulties, was described by the judges as “inspiring”.

BID Operations Manager Lucy Martin and BID Business Manager Lisa Carlson received the award at the ceremony in Brighton and Lucy said: ‘The Bloom has been a great campaign to be involved in and meeting and working with so many truly committed and hard-working people has been an enormous privilege. As part of the BID team we have a unique perspective as we see what everyone does and so we know what a huge difference they all make to their individual parts of the city. This Gold award is a true reflection of that and we are really proud to accept it on their behalf.’ 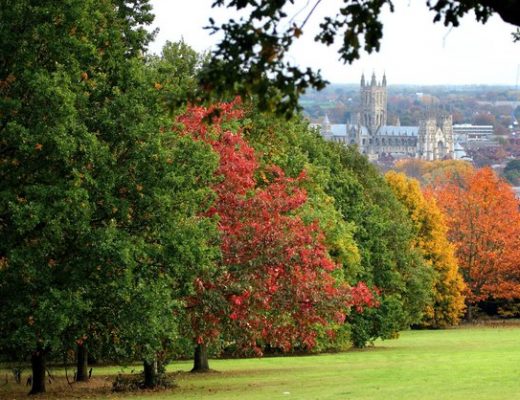 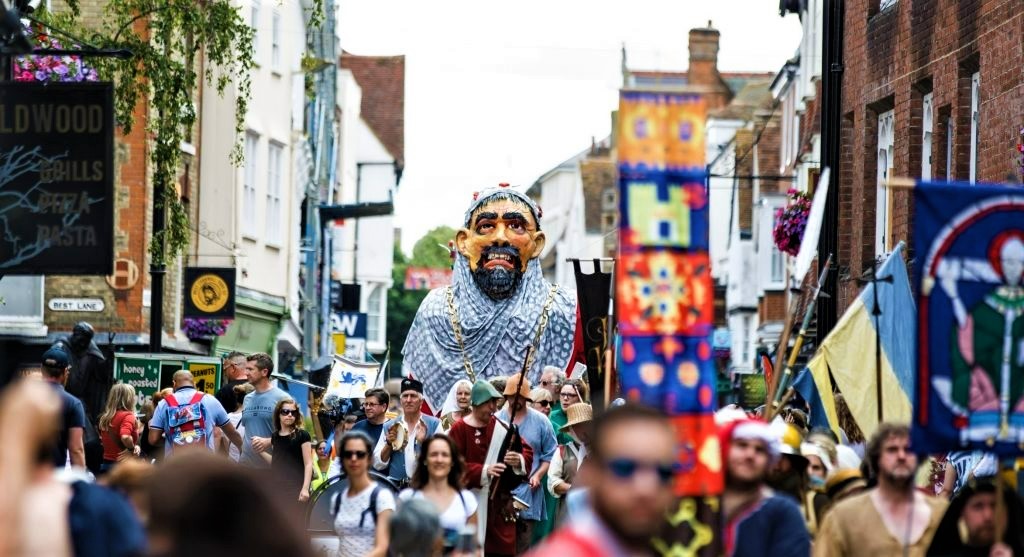