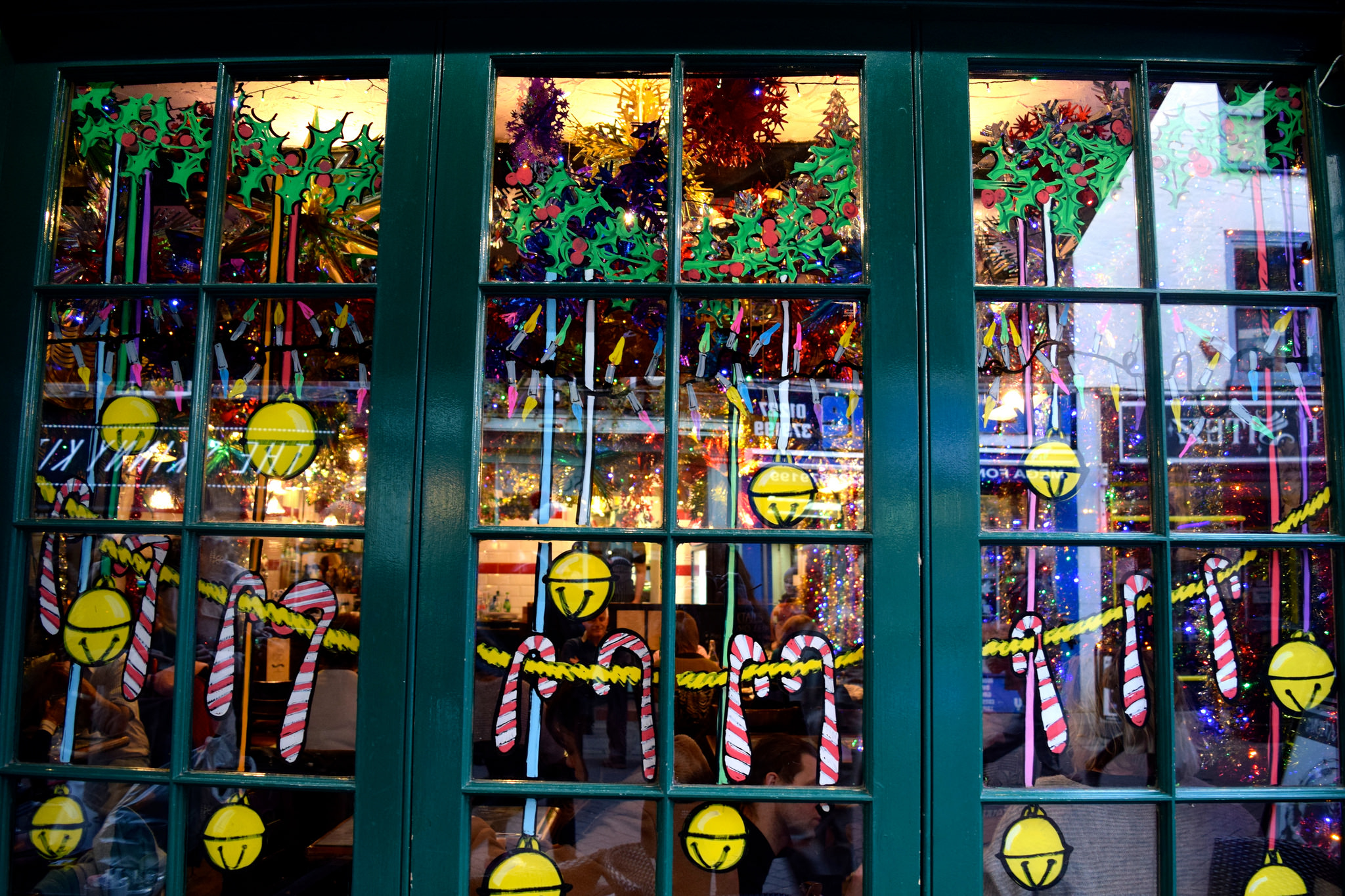 Canterbury was very festive on Saturday with the St Nicholas Parade at noon, and the judging of Christmas Window displays in the afternoon.

This year we changed the way we judge the windows: the three criteria from last year are the same: Festivity, Creativity/Originality and Merchandising; but each window was judged against a set standard and businesses will be awarded Gold, Silver Gilt, Silver or Merit against that. Certificates will be delivered by hand the week of 12th December.

This year’s judges were:

They had so much fun soaking up the festive atmosphere in Canterbury on Saturday. Here’s a blog was some wonderful photos by writer Rachel Phipps: Judging Canterbury’s Christmas Windows.

The Christmas Window competition continues until Saturday 11th December with the People’s Choice Award for small, independents. All small, independent businesses have been offered a window poster inviting the public to vote for them by taking a photo of their window and posting it to Twitter, Instagram or Facebook using the hashtag #CanterburyChristmas.

All winners will be announced the week of 12th December.